Contest Reminder – The Clock is Ticking

By Stephen Schleicher on October 8, 2008 0 Comments 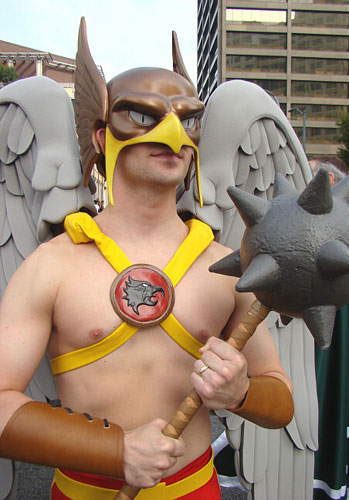 For the 2nd Annual Major Spoilers Costume Contest, Major Spoilers went all out to get two great prizes for the big winner – the Hellboy Animated Maquette, and the Library edition of the the first volume of Hellboy.Â  Both of these great prizes, and all you have to do is dress up in your comic book (and related) costume and snap a few pictures of yourself. On or around October 21, 2008, the Major Spoilers crew will narrow down the entries to the top 5 (oh please let there be five entries), and post those entrants on this site.Â  Then, we’ll let the readers decide who should walk away with the grand prize, which will be announced on October 31, 2008.

Get those entries in soon!Â  You can’t win, if you don’t play!