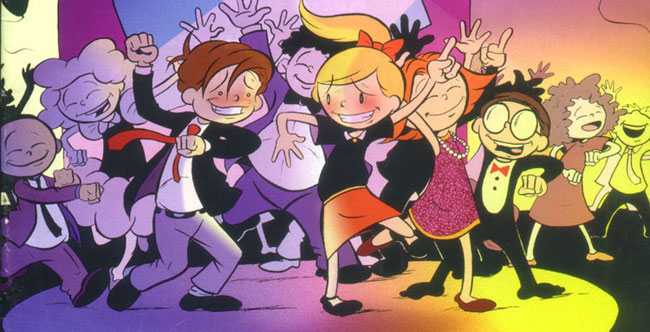 Simon & Schuster have acquired the world rights to Amelia Rules.

Centered around the happenings of ten-year-old spitfire Amelia Louise McBride, the Amelia Rules! series captures the true essence of being an adolescent girl in America today, as Amelia adjusts to life in â€œsmall town Americaâ€ after her parentâ€™s divorce as she is forced to leave NYC.

â€œJimmy is a true creative genius, and AMELIA RULES! has that rare combination of mass appeal and literary substance that every publisher dreams about. We are thrilled for Jimmy to be joining the S&S list, as we work to expand our list with some of the top comic and graphic novel talent publishing today, and we look forward to making his name and his characters known to even wider audience beyond his already substantial following,â€ said Ginee Seo, VP, Editorial Director of Ginee Seo Books.

Simon & Schuster plans to rerelease the first four books over the next two years, with a new hardcover and paperback scheduled for the fall of 2010.