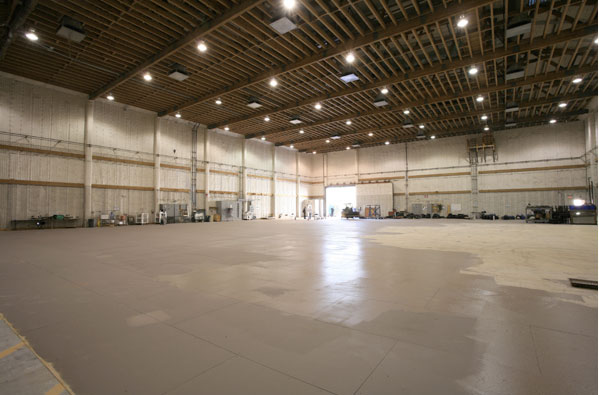 Marvel Studios has announced the principle filming of the next four films will stay in the Los Angeles area, using the Raleigh Manhattan Beach Studio lot.

Deal keeps Marvel’s pics in Los Angeles, which has been hit hard by runaway production.

Louis D’Esposito, Marvel’s prexy of physical production, said Raleigh had been “incredibly accommodating in terms of financial structures” that allowed the company to stay local.

The Raliegh studio has 14 sound stages and 300,000 square feet of office and support space.Â  Marvel will use that office space to move its executive and production offices there and out of the Beverly Hills area.

Full press release after the jump.

Los Angeles, CA (October 6, 2008) â€“ As Marvel Studios, a subsidiary of Marvel Entertainment, Inc., powers up to begin production on its next highly anticipated slate of films, the studio has made an agreement with Raleigh Studios to film each of Marvelâ€™s next four films at Raleighâ€™s facility in Manhattan Beach, CA.Â  The four projects to be produced at the studio facility over the next three years include IRON MAN 2, THOR, THE FIRST AVENGER: CAPTAIN AMERICA and THE AVENGERS.Â  Keeping these four major tent pole film productions in Southern California allows the studio access to outstanding crews and resources and makes Marvel the largest tenant on the Raleigh lot.Â  Additionally, Marvel Studios will move its Beverly Hills-based executive and production offices to Raleighâ€™s facility in Manhattan Beach.

â€œIn making this deal with Raleigh to produce our upcoming films at the Manhattan Beach Studios, we are most excited about keeping our film production here in California and taking advantage of the best crews in the Los Angeles area,â€ stated Louis Dâ€™Esposito, Marvelâ€™s President of Physical Production.Â  â€œAll of our production partners on these upcoming films have been incredibly accommodating in terms of their creativity and financial structures, allowing us to remain in California.Â  Raleigh Studios has long been known for the superior quality of its film production facilities and we know that Manhattan Beach will be the ideal location to produce our movies to the highest standards that our fans expect.â€

â€œWe are thrilled that we were able to find a way to make this deal work for Marvel,â€ said Michael Moore, Raleigh Studios President.Â  â€œWe could not have asked for a greater compliment than having a quality company like Marvel put their faith in us to provide a home for its film productions.â€

Raleigh Manhattan Beach Studios first opened for operations during 1998.Â  This studio consists of 14 sound stages on 22 acres with an additional 300,000 square feet of office and support space.Â  As a result of this venture, Raleigh Studios along with its sister company Hollywood Rentals, are now the largest operator of independent film studio facilities and production services in North America.