Mutt Williams and the Tomb of the Golden Gods

By Stephen Schleicher on October 6, 2008 5 Comments 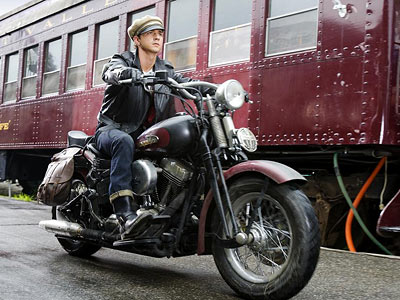 I love Indiana Jones.Â  Love the first three movies, the Young Indiana Jones Chronicles on television, and the comic books.Â  Just listen to the Major Spoilers Podcast about all things Indy, and it is clear nothing did more in my formative years than Dr. Jones cracking the whip, cracking wise, and cracking the heads of Nazis.

While I liked Indiana Jones and the Kingdom of the Crystal Skull, I didn’t care for Mutt Williams (aka Shia LaDoof) one bit.Â  And the very hint that there might be a Mutt Williams franchise based off of this has me sick to my stomach.Â  Perhaps the word has filtered to Mr. Lucas, because there’s a buzz that a fifth Indiana Jones movie might become a reality.

Harrison Ford said Friday that momentum is building for a fifth movie in the “Indiana Jones“Â  franchise and that George Lucas is already cooking up a suitable plot for a heroic senior citizen with a penchant for whips and fedoras.

Think wisely, Mr. Lucas.Â  Think wisely.Â  Keep Mutt Williams as far away from the next story as possible.