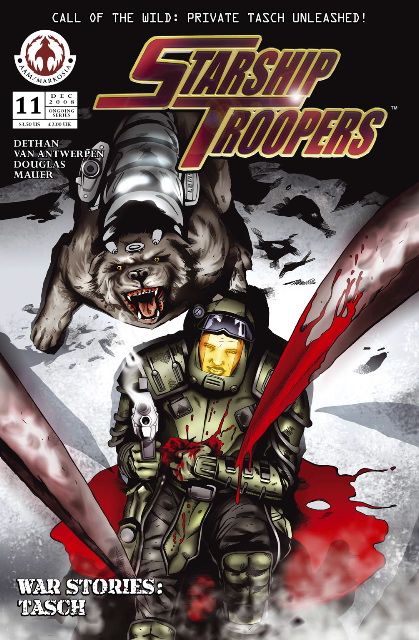 Cy Dethan explains, “‘War Stories: Tasch’ is essentially an “origin” piece. Before signing up for Pathfinder training, Private Naomi Tasch was a specialised sniper, working alongside a Mk-II combat Neodog. Neodogs are genetically and cybernetically altered animals with enhanced intelligence and physical attributes, linked to their handlers through a complex set of implants. During a full-scale planetary evacuation, Tasch’s Neodog partner goes missing and she puts her career and life on the line to find him. In doing so, she demonstrates the loyalty, single-mindedness and raw brilliance that will one day make a Pathfinder out of her.”

Take the jump for a sneak peek of the issue.