What’s Tad Stones Up To?

By Stephen Schleicher on October 1, 2008 0 Comments

Unfortunately, there’ll be no new Hellboy Animated movies following the stumble the movie had at the box office (don’t blame Hellboy, blame The Dark Knight).Â  The third animated movie, The Phantom Claw, is being kept close to the chest until such a time the idea might be pitched to the Cartoon Network or other network featuring animated fare.

So what is writer/producer Tad Stones up to?

I’m currently poking around outside the animation field since the industry is so unsteady but have yet to find the dream gig that will pay the bills. The down time has let me experiment more with comics. Check out the back up story in THE PERHAPANAUTS #3 which I had fun illustrating. While you’re at it, check out the rest of the comic too by Todd Dezago and Craig Rousseau. Lots of fun with a weird team of paranormal investigators. Sounds like something right up your alley. I’ve also created my own comic, EMMARYN, which I am currently pitching to various publishers. It’s much lighter than Hellboy but overlaps some of the same folklore territory.

The good news is he is working, and with the preview page Tad has provided Emmaryn looks like a really cool story. 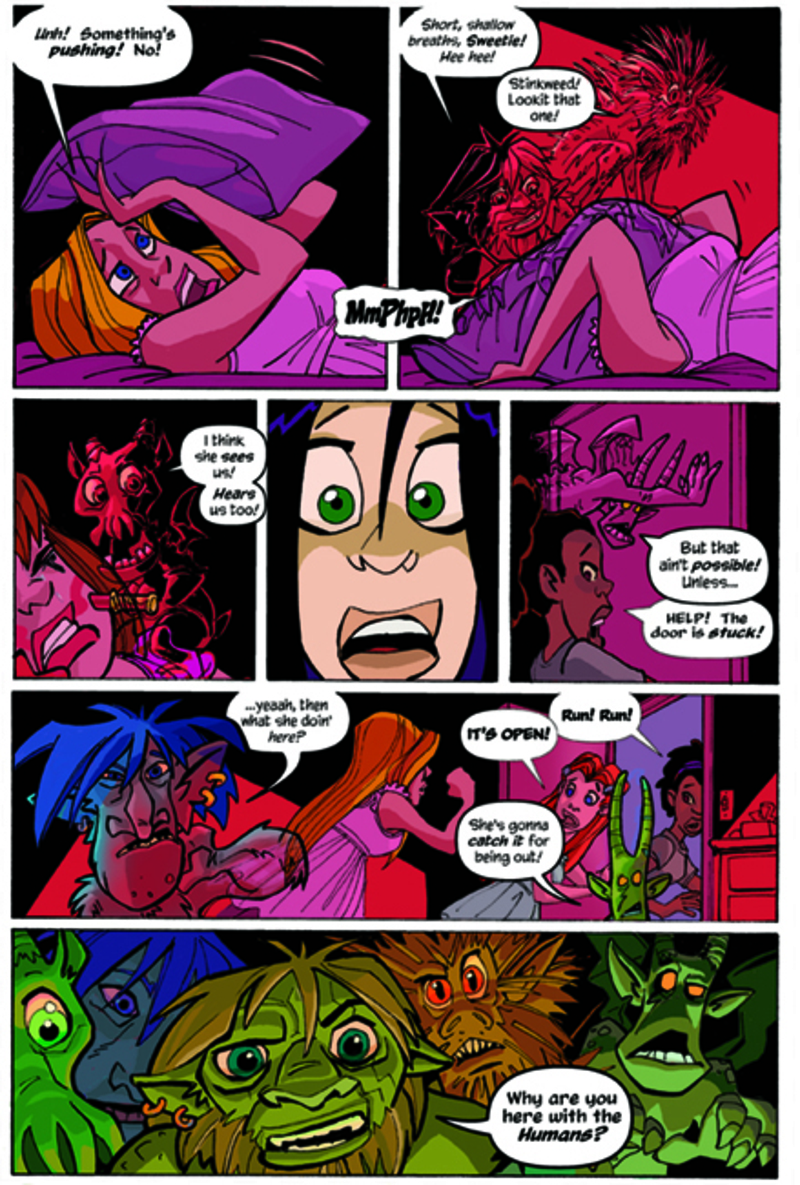