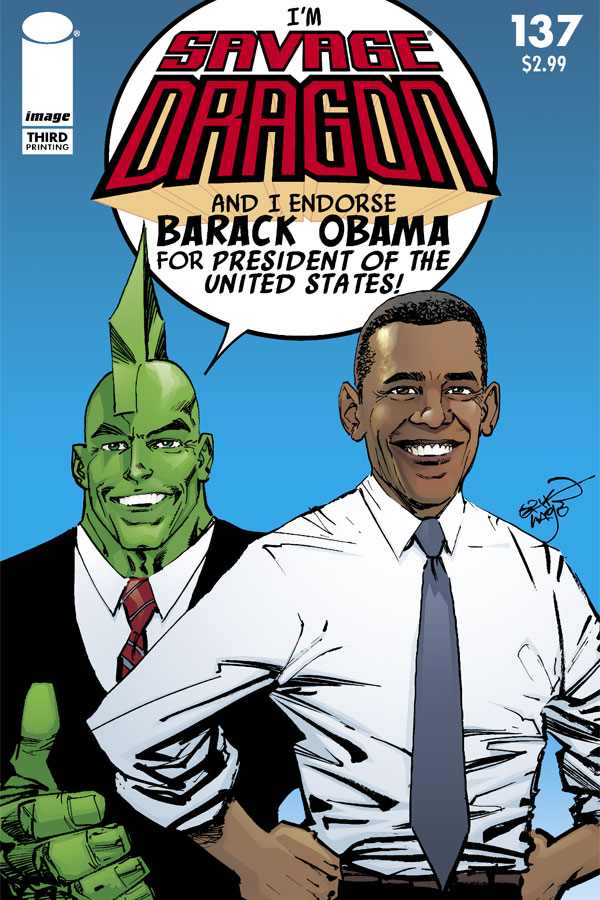 Ever since Savage Dragon first endorssed Barack Obama on the cover of Savage Dragon #137, Image has had a tough time keeping the title in stock.Â  The company announced the issue has sold out once again at the distributor level, prompting Image to go back to press for a thrid printing.

“Believe me, we’re trying to keep it in stock,” said SAVAGE DRAGON creator Erik Larsen. “We’ve been printing much more than we predicted needing and the demand just kept growing. I’m thrilled to know that whether people agree or disagree with Dragon, they’re extremely passionate about what may be the most important US Presidential election yet.”