By Stephen Schleicher on September 23, 2008 0 Comments 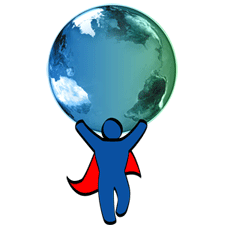 Every year there is a new release of ComicBase.Â  It means I have to spend some money to get the next year’s worth of updates, comic covers, and all the other little goodies the company throw in, but this year, there’s something extra in the update – ComicBase Atlas.

The things I’m most interested in are iPhone access (which I hope includes iPod Touch), and finally cover downloads for those who purchase the Archive Edition.Â  Complete press release with all the details after the jump.

Hardcore comic collectors can start rejoicing for the much-anticipated ComicBase Atlas has shipped. A huge upgrade for high-end collector program ComicBase, it includes everything from mobile access on your iPhone or Blackberry, to international currency support and cover downloading in the Archive Edition. Its massive database which lists virtually every English-language comic has grown to include foreign editions, adding over 100,000 issues over last yearâ€™s version.

A program like ComicBase Atlas is vital to todayâ€™s savvy comic book buyers and sellers, especially when it comes to keeping up with the tumultuous changes in values weâ€™ve seen in just the past year. Working with Comics Buyerâ€™s Guide, Heritage Auctions, and Atomic Avenue, Atlas accurately tracks the verified pricing for over 420,000 comics. Weekly updates add hundreds, and often thousands, of issues to keep the program up to date with new values and information.

Furthermore, the program is now as mobile as its users. ComicBase Atlas users can now keep their collection data with them on their Blackberry, Palm, Symbian OS or Windows Mobile phonesâ€”even a Playstation Portable! And, of course, the Apple iPhone is also supported.

The top-of-the line ComicBase Atlas Archive edition ships on 3 DVDS packed with all the programâ€™s copious information, as well as over 205,000 full-size covers. With ComicBase Atlas, Archive edition users can also download new covers in real time. A Blu-ray Disk edition is also available, containing over 26 GB of content with quarterly updates.

Peter Bickford, ComicBaseâ€™s creator, says â€œThis is by far the most awesome version weâ€™ve ever done. Whether youâ€™re checking your comic list on your iPhone on the road, or downloading the pictures and prices from this weekâ€™s releases, ComicBase Atlas is a version no comic collector is going to want to miss.â€