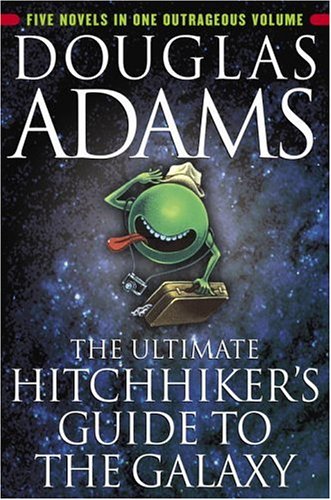 It’s been announced that Artemis Fowl creator and writer Eoin Colfer is writing a sixth book for The Hitchhiker’s Guide to the Galaxy series.

Before his 2001 death, Adams had stated that he wanted to write a sixth book, â€œto finish Hitchhiker on a slightly more upbeat note.â€ The Salmon of Doubt, a collection of essays, short stories, and letters by Adams and other writers, was published in 2002.

Even though fans think they know Douglas Adams, I really have misgivings about this announcement.Â  While Colfer says this will be the best thing he’s ever written, I was not all that impressed with the first Artemis book, and unless And Another Thing… is using notes and plot points from Adams’ notes, I’ll probably not be adding this to my collection.