By Stephen Schleicher on September 18, 2008 0 Comments 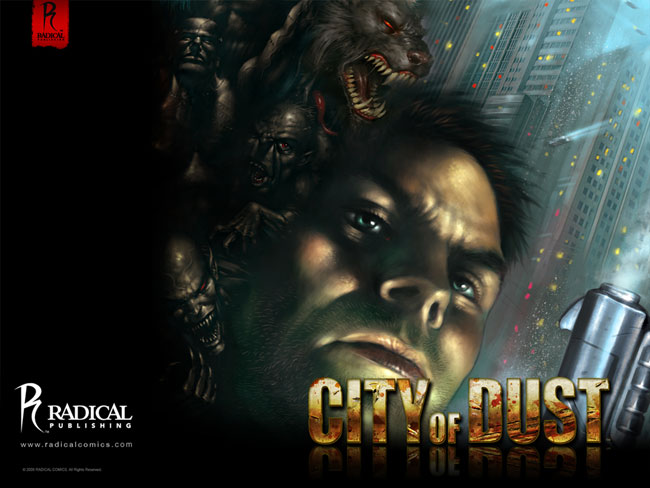 Radical Publishing is giving comic book fans a chance to speak with Steve Niles, during a live webcast.Â  Tuesday September 30, 2008, Niles will be availbe to talk about his upcoming mini-series; City of Dust: A Philip Khrome Story that arrives in stores in October.

â€œReaders are a priority at Radical Publishing, and I know the impact that interacting with a creator can have on the experiences of readers.â€ states Radical Publishingâ€™s President and Publisher, Barry Levine. â€œSteveâ€™s a friend of mine, as well as a passionate creator and weâ€™re excited and proud to be working with him on CITY OF DUST: A PHILIP KHROME STORY. We know that a lot of fans canâ€™t make it to the conventions as well as signings, and we really wanted to give readers a chance to interact with all of our creators. Now the technology exists to make that happen and weâ€™re very happy that Steve made time in his incredibly busy schedule to participate in Radical Publishingâ€™s inaugural live webcast.â€

More information can be found at the Radical Publishing website.