By Stephen Schleicher on September 18, 2008 4 Comments

Looks like DC is collecting Paul Dini and Dustin Nguyen’s first six issues of Detective Comics into a hard cover and have asked Dustin to do a whole new cover, that frankly is jaw dropping.

so this cover is special to me for many reason.

originally, i thought this was a trade paper back, i could still be wrong, but hopefully im not. It is announced as a hardcover. i did this cover about 3 months ago, it collects our first ( dini, derek, and myself and mr milligan guest stars!) 6 issues of our run- special to me #1.

it was way fun and way flattering for DC to actually ask me do an entire new cover for our collection. i think before, we were just using art from previous issues. And with trades and hardcover, i get to put the logo on anywhere i wants, so i chose the floor. special to me #2

and finally, with this cover and the next one for issue 850, i would have done 12 detective covers so far this year! woohoOO! and its only july! my personal goal for the longest was to be part of Detective Comic’s continuum for at least 12 issues straight- while providing my own covers. if all goes well, i might hit that mark this year. so theres potential “special to me #3”

Take the jump to see the big bad glorious thing. 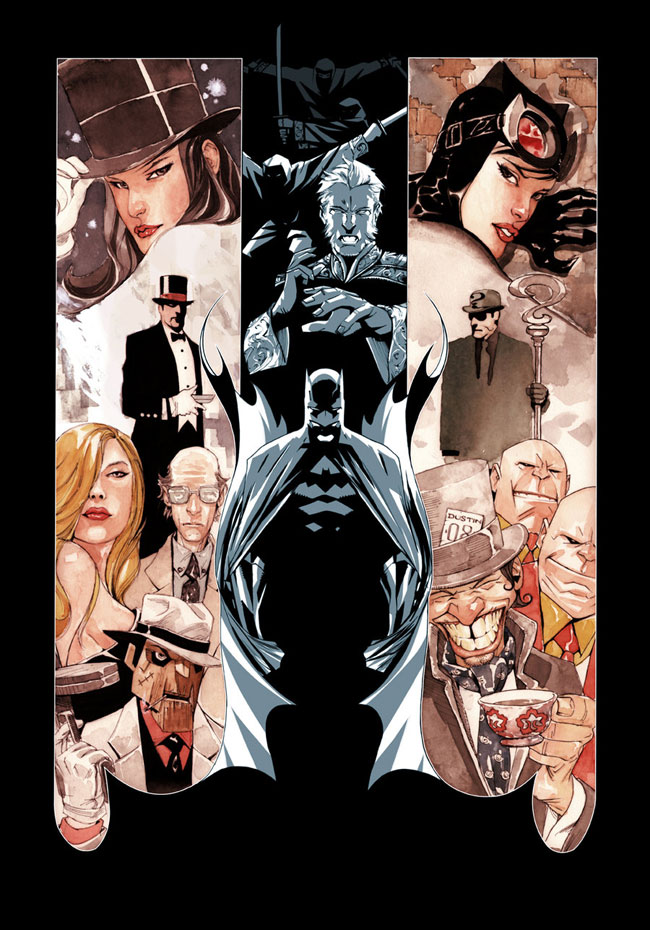