Deadpool Reprint on the Way

By Stephen Schleicher on September 16, 2008 0 Comments

If you missed out on Deadpool #1, featuring the title character battling Skrulls, you are in luck, as Marvel announced the sold-out issue is going back to the printer.Â  The re-print will feature a new cover with interior art from Paco Medina.

DEADPOOL #1 SECOND PRINTING VARIANT (JUL082316)
Written by DANIEL WAY
Penciled by PACO MEDINA
Cover by PACO MEDINA
Popping up in the middle of Secret Invasion, Wade Wilson gives the Skrull armada a run for their money! Fan favorite writer Daniel Way (Wolverine: Origins) fills this issue full of classic Deadpool wisecracks, and a whole lot of kicked Skrull butt. This ongoing series, spinning out of Secret Invasion, is a canâ€™t miss for any Deadpool fan! Full of â€œmust seeâ€ events all leading up to the CRAZY twist at the end, hereâ€™s your chance to experience the excitement that is Deadpool #1 Second Printing Variant! 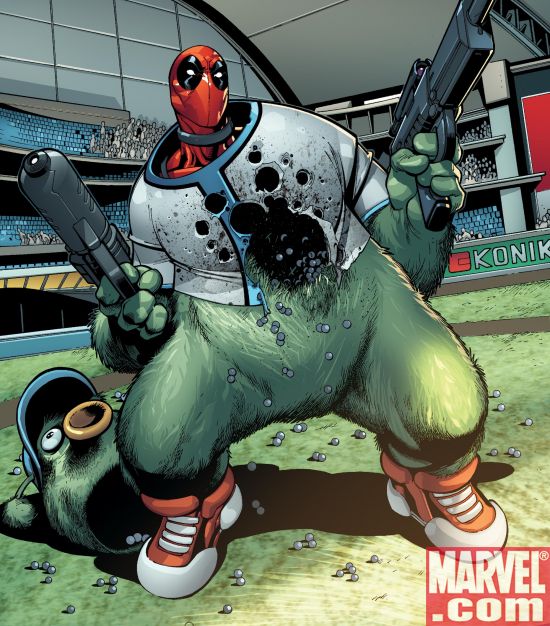