By Stephen Schleicher on September 15, 2008 9 Comments 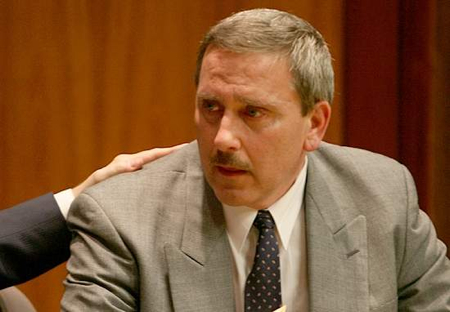 Michael George, the comic book retailer and convention organizer, got a reprieve on Friday when Macomb County judge James Biernat set aside his murder conviction.

â€œIâ€™m convinced it will be a miscarriage of justice to allow the verdict to stand,â€ Biernat said from the bench at the start of a 45-minute statement, adding that each of his reasons on its own â€œis enough for a new trial.â€

The ruling drew elation from George and his supporters, and disdain and anger from Barbara Georgeâ€™s family and other supporters.

If you haven’t seen the Comic Book Murder on MSNBC, look for it to appear again, and you’ll see exactly what the prosecution based its evidence on.Â  I don’t know if George did it or not, but after watching the documentary, I was less than convinced the prosecution had an open and shut case.

This whole things gets weirder by the moment…You can read the Macomb Daily story here.