By Stephen Schleicher on September 8, 2008 2 Comments 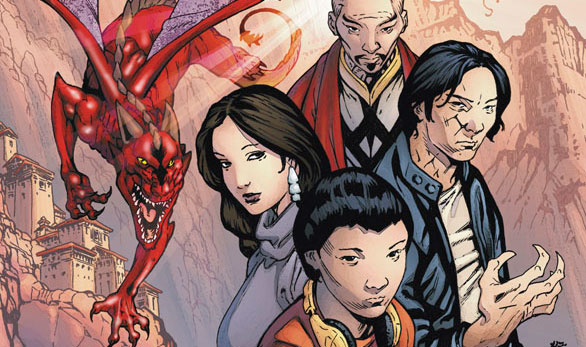 Top Cow has a new title arriving this week called Dragon Prince, written by Ron Marz with art by Lee Moder.Â  This looks like it could be a great all ages fantasy title that is much different than some of the other Top Cow titles you all know and love.

Like a lot of teenagers, Aaron Chiang feels heâ€™s never fit in, though heâ€™s never known why. But all that changes when he learns the truth of his heritage: He is the Dragon Prince, last of his kind and heir to the bloodline of all dragons. Hunted to the brink of extinction by a secret society of wizards, dragonkindâ€™s survival is now in Aaronâ€™s hands.