Raimi and MaGuire Back for Spider-Man 4 and 5?

By Stephen Schleicher on September 8, 2008 2 Comments 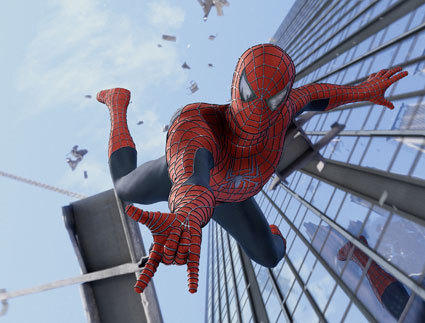 File this under Rumors We Hope are True.Â  According to Deadline Hollywood Daily, Both Sam Raimi and Tobey Maguire are returning for a fourth and possibly fifth installment of the Spider-Man franchise from Marvel and Sony.

It’s been a difficult road trying to get any news on if the two would bring their talents back for another installment, so the studio is contemplating shooting a fifth movie at the same time as number four just so the studio has a flick ready and waiting in the wings.

Sony is taking its timeÂ officially hiring the movie’s villain since principal photography doesn’t start on Spider-Man 4 until next fall because of the recently postponedÂ May 2011 release. I am told, however, that “once you find out who the villain is, you’ll know who’s playing it.” That should lead to speculation that Dylan Baker’s character of Dr. Curt Connors will ultimately turn into The Lizard as he did in the comic books.

I think it’s about time Connors got his moment in the sun, but would that be a villain that could carry two movies back to back, or would we see the eventual pairing of all past villains into a watered down form of the Sinister Six?