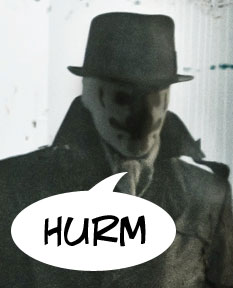 While 20th Century Fox wanted to screw Warner Bros on the release date of the Watchmen movie, hoping for a mid-2009 court date, U.S. District Judge Gary Allen Feess set January 6, 2009 as the day for opening comments.Â  This still give Warner Bros. time to meet the March release date.

Feess indicated Tuesday that the case was not suitable for preliminary injunction and that the issues were too complex to be resolved on an interim basis. The judge had already indicated that he wants the case to move quickly, asking the two parties previously for expedited discovery.

With a January court date, this could be a move that favors Warner Bros.