Top Cow has sent Major Spoilers the cover images and solicitation information for titles arriving in November 2008.Â  While Witchblade and The Darkness are always high on the list, this month features Paul Dini’s Jingle Belle, which is the top pick for me.

Paul Diniâ€™s Jingle Belle comes to Top Cow in a special â€œHalloween collides with Christmasâ€ one-shot written by Dini and drawn by Stephanie Gladden (Powerpuff Girls, Chowder, Hopsterâ€™s Tracks). In years past, Santa has triumphed over a variety of enemies including the Devil himself. Now, St. Nick gets ready to face his greatest challenge ever in Jingle Belle: Santa Claus Vs. Frankenstein!
Inspired by Mary Shelleyâ€™s original novel (sort of), the story of Frankensteinâ€™s monster takes a new twist when he is found by Jingle in the Arctic wastes and â€œrehabilitatedâ€ to fit in with the elves at Santaâ€™s Workshop. All goes well until an ultra-PC city declares Santa Claus taboo and awakens Frankieâ€™s monstrous side in a misguided attempt to help his friend. Itâ€™s up to an ailing Santa and a reluctant Jingle Belle to stop their monstrous â€œapprenticeâ€ before he destroys the town and ruins the reputation of Christmas forever!

Itâ€™s â€œepisode 2â€ of this Pilot Season winner!
Dominique, a.k.a. Cyblade, is still on the hunt for her former trainer, Stephen Rashell. With her new mentor at Cyberdata determined to turn Dominique into the killer she’s destined to become, the superpowered teenager must make a hard decision from which there is no turning back.

Sara Pezzini is drawn deeper into Brooklynâ€™s Ultra Orthodox Jewish enclave, where an unspeakable evil has been unleashed and is slaughtering members of the community. Neither Saraâ€™s detective training, nor the power of the Witchblade, have prepared her for what sheâ€™s about to face. Making matters worse, the crimes have attracted the attention of a newspaper reporter who is beginning to piece together the truth about Sara and the Witchblade.

Aaron Chiang has learned the truth of his heritage â€“ heâ€™s the last of the dragons, which have been hunted to extinction by a secret society of wizards called the Magi. Only Aaronâ€™s mother stands between him and the Dragon Huntersâ€¦but she might very well be far more than she appears. Featuring a variant cover by Brandon Peterson (X-Men: Divided We Stand)!

Get a sneak peek at Randy Queenâ€™s upcoming Starfall series, available in both regular and SDCC exclusive covers. Featuring a bonus preview of Paul Jenkins and Dale Keownâ€™s Darkness/Pitt!

Nowâ€™s your chance to read â€œEmpire,â€ the first storyline by the new creative team of Phil Hester (Firebreather, Green Arrow) and Michael Broussard (Unholy Union) that marked the shocking return of The Darkness!
Following the events of First Born, Jackie Estacado relocates to the secluded nation of Sierra MuÃ±oz, where he explores new uses of his powers with the help of a shady professor. But Jackie is being manipulated, and when he finally realizes it, not even his Darkness powers may be enough to save him. Death, mayhem, destructionâ€¦all that and more are in this Darkness story that will surely become an instant classic.
Featuring an unbelievable introductory price, a compelling story and talented creators, how can you go wrong?
Collects The Darkness Vol. 3 #1-6.

From its debut as an Image comic book to its inclusion in this yearâ€™s Pilot Season, Lady Pendragon has entertained Arthurian enthusiasts and the casual reader alike. To mark the 10th anniversary of the seriesâ€™ debut in 1998, this commemorative trade paperback collects the original one-shot, issue #0, issues #1-3 and the Pilot Season issue, all in one beautiful, remastered collection with extras like detailed appendices and a cover gallery.

Featuring the comic book Wanted logo in bold white letters across the chest and a vertical array of guns on the back. Sizes S â€“ 3XL. 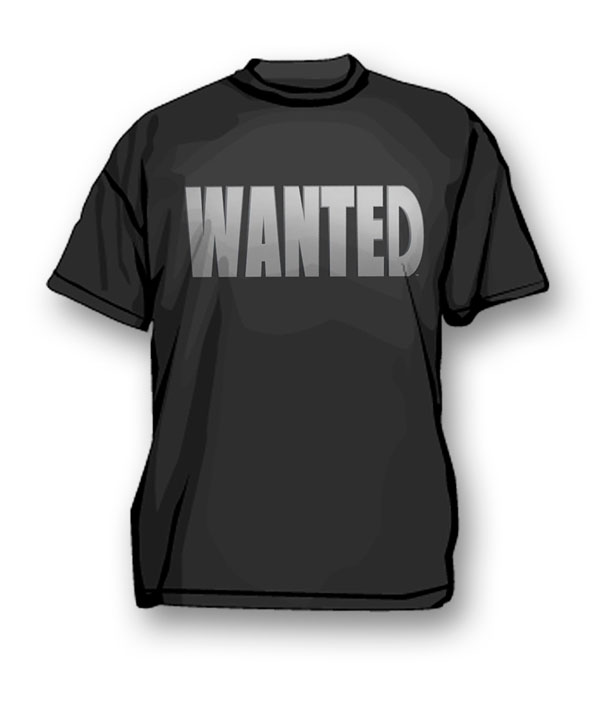