mini-marvels back to press 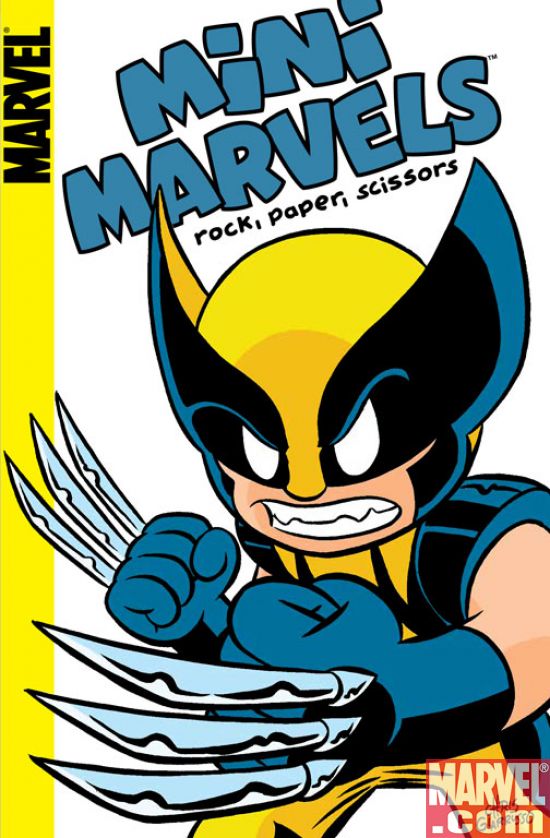 This title completely slipped beneath my radar, so I’m probably as surprised as you are on the announcement that Mini-Marvels: Rock, Paper, Scissors has sold out at the distributor level, prompting Marvel to send the digest-sized issue back to press for another run.

Featuring an all-new cover by Mini-Marvels writer/artist Chris Giarrusso, Mini-Marvels: Rock, Paper, Scissors Digest (New Printing) collects the acclaimed stories featuring your favorite Marvel heroes like youâ€™ve never, ever seen them before, in this all ages collection that has fans and critics raving!

The second printing (featuring the cuddly-wuddly baby Wolverine) arrives in stores on September 24, 2008, and features a coverprice of $9.99.