Humberto Ramos Responds to Xavin Not a Girl

By Stephen Schleicher on August 5, 2008 6 Comments 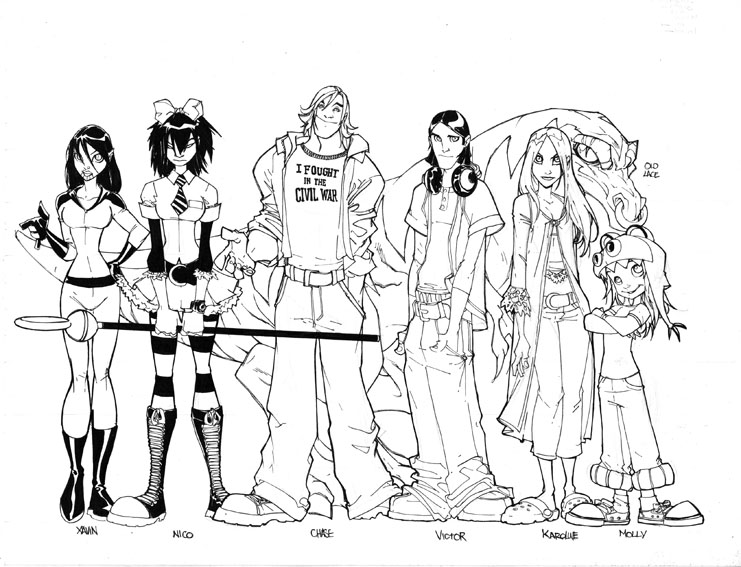 I haven’t picked up the first issue of Humberto Ramos’ Runaways, but apparently there are a few people upset over a comment the artist made at his blog site that implied Xavin was changing sexes.

Hey guys, it has come to my attention that some comments I made about my designs for Runaways have been misinterpreted, a common mistake when your first language is not English, so bear with me to make it right this time.

The confusion started when I blogged, â€œXavin wonâ€™t be a girl Skrull, editorial make a note on that already, that one will change completely.â€

What I was trying to say is that I was redesigning the kids in order to get approval from the editorial staff, nothing more.Â  In issue one, we will see Xavin in his boy shape, so when he is with the boys he is shaping to male, but mainly Xavin remains in her girl shape, because of her relationship with Karolina, which takes a pretty interesting direction (sorry, no spoilers today).

This comment was in response to DAVID who wrote me, complaining that that SHE looked â€œtoo hot,â€ saying, â€œLess boobs, please. Â Iâ€™ve seen your art for years and you can do better than these spandex versions of Xavin (not â€œthe Skrull girlâ€) and Nico. Otherwise, welcome aboard.

I don’t care what happens, Xavin is a Skrull and I think everyone can deal with any potential gender flipping.Â  I’ve liked what I’ve seen in the previous Runaways series, and having Ramos on board the new series can only mean good times ahead.