Live-Action Scooby-Doo Prequel in the Works 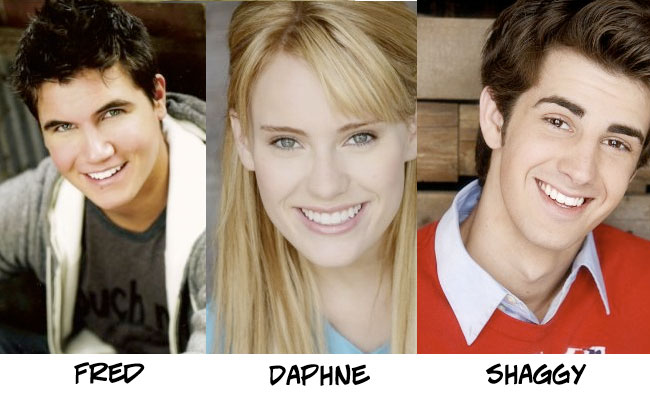 BURBANK, CA â€“ August 1, 2008 â€“ Cartoon Network and Warner Premiere have announced the start of production on Scooby-Doo: In The Beginning, an all-new, live-action prequel that will be debut on the network Fall, 2009 to coincide with the DVD release.Â  This original movie will commence principal photography on August 4, 2008 in Vancouver, BC, it was announced today by Diane Nelson, President, Warner Premiere and Rob Sorcher, Chief Content Officer, Cartoon Network.

“Scooby-Doo has enchanted generations of audiences for nearly 40 years and, as evidenced by box office, DVD sales and television ratings, the franchise today is stronger than ever,” said Nelson. “We’re delighted to extend the Scooby-Doo legacy into another live-action film, and bring these beloved characters to an even greater legion of fans in an all-new original movie.”

“This contemporary take on “Scooby Doo” will be an exciting movie event on Cartoon Network,” said Sorcher. “This project is also an anchor component of our new push into movies, our great partnership with Warner Premiere and the overall expansion of Cartoon Network programming efforts.”

Scooby-Doo: In The Beginning is set prior to the 2002 & 2004 live-action Scooby-Doo films. The newest entry in the popular franchise finds the Mystery Inc. gang, a mismatched quartet of unlikely teenage pals, uniting for the first time to solve the haunting of their high school. The film is a co-production between Warner Premiere and Cartoon Network. Warner Home Video will be the home entertainment distributor.

Director Brian Levant takes the helm of Scooby-Doo: In The Beginning, which is being produced by Brian Gilbert (The Deaths of Ian Stone) and penned by the Altiere Brothers (Doctor Dolittle, Goin’ Hollywood). A writer-director who began his career scripting episodes of Mork & Mindy and Happy Days, Levant has significant experience in the live-action/CG arena with both canines and Hanna-Barbara properties. Levant directed the popular dog-starring films Beethoven and Snow Dogs, and was behind the camera for the Hanna-Barbera cartoon-brought-to-life versions of The Flintstones and The Flintstones in Viva Las Vegas. Levant also directed the recent Ice Cube hit Are We There Yet and the Arnold Schwarzenegger holiday vehicle Jingle All The Way.

The live-action cast is headed by Rob Amell (Life With Derek, Cheaper By The Dozen 2) as Freddy along with relative newcomers Kaitlyn Melton as Daphne, Hayley Alcroft as Velma and Nick Palatas as Shaggy.

Scooby-Doo will appear via computer-generated animation (courtesy of Animation Picture Company), and his voice will be provided by Frank Welker.Â  Welker was a core member of the original Scooby-Doo, Where Are You? cast as the voice of Freddy. He has preformed voiceover work in more than 500 animated television series spanning thousands of episodes, and is regarded as the preeminent voiceover specialist for animals and obscure sounds in Hollywood.

An animated creation from the legendary Hanna-Barbara studios, Scooby-Doo represents one of the longest-running, most-beloved franchises in cartoon history. Starting with Scooby-Doo, Where Are You? in 1969, the awkward, snack-craving Great Dane and his four unique pals have been solving mysteries through 10 televisions series (spanning nearly 300 episodes), seven TV specials/telefilms and 11 made-for-video films (with No. 12, Scooby-Doo and the Goblin King, arriving in September 2008).

The animated Mystery Inc. gang successfully transitioned to live-action movies with Scooby-Doo (2002) and Scooby-Doo 2: Monsters Unleashed, together raking in nearly $458 million in combined worldwide gross box office totals. In 2003, Video Business Magazine presented its distinguished Franchise Award to Scooby-Doo for both its live-action and animation achievements.