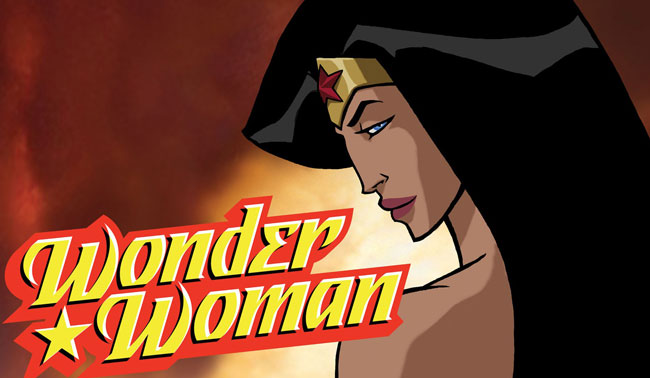 As the voice of Trevor, Fillion is reunited with Waitress co-star Keri Russell (Felicity) atop a stellar celebrity cast for the animated film. In addition to Russell, who is providing the voice of the title character, the Wonder Woman cast includes Academy Award nominee Virginia Madsen (Sideways), Alfred Molina (The Da Vinci Code) and Rosario Dawson (Sin City). Casting/dialogue director Andrea Romano has also recruited Oliver Platt (The West Wing), David McCallum (NCIS) and Vicki Lewis (NewsRadio) for the film.

Fillion and Romano will be joined on the panel by animation legend Bruce Timm, Wonder Woman director Lauren Montgomery and DC Comics President and Publisher Paul Levitz. DC Comics Senior Vice President of Creative Affairs Gregory Noveck will moderate the panel, which will include discussion of the first three DC Universe films as well as reveal inside information on the making of Wonder Woman, and offer the first look at early animated footage from the upcoming film.

Wonder Woman presents the origin story of the all-time greatest female DC Super Hero, beginning with her emergence as Princess Diana on the mystical Amazonian island of Themyscira. The action-packed film follows Dianaâ€™s adventures as she attempts to return felled pilot Steve Trevor to his American homeland, only to get caught in the middle of god of war Aresâ€™ diabolic plan to destroy all of civilization â€“ including the human inhabitants and the Amazonian warriors.

While the New York-based Russell is unable to attend the San Diego convention, she expressed great fondness for Fillion and said his participation was important to her performance in the film.

â€œI adore Nathan and, after spending so much time with him making Waitress, while I was reading the Wonder Woman script at home I could hear exactly how heâ€™d read every line,â€ Russell said. â€œWeâ€™ve got this great cast with Virginia Madsen and Alfred Molina and Oliver Platt â€“ so I really wanted to do (the film) just to be in the cool kidsâ€™ group.â€

â€œPlaying second fiddle to Keri is a wonderful fiddle to play,â€ Fillion said. â€œIâ€™ve done it before, Iâ€™ll do it again â€¦ quite happily. Besides, I think Iâ€™ve carved out a niche for playing the not-so-hero.â€

â€œThey gave me cheekbones!â€ Molina exclaimed. â€œAres is really cut. He even has a very manly chin. Iâ€™m very flattered and I must make sure Iâ€™m never seen in public again, or itâ€™ll spoil the image.â€

The film is executive produced by Timm (Justice League: The New Frontier) and directed by Montgomery (Superman Doomsday) from a script by Michael Jelenic (Legion of Super Heroes, The Batman) and a story by Jelenic and award-winning comics writer Gail Simone.