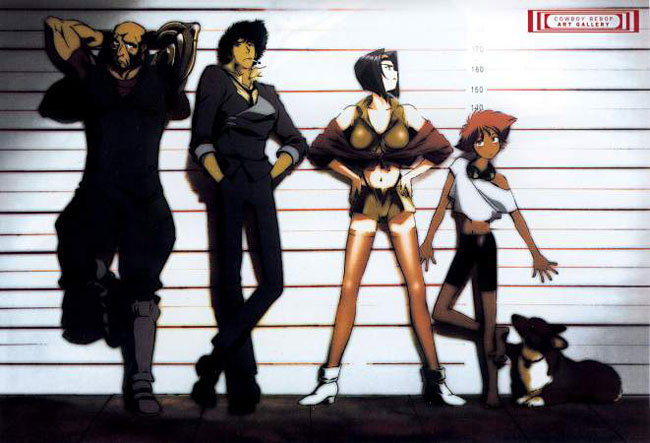 One of my favorite anime series out there has got to be Cowboy Bebop.Â  iF Magazine has an interesting interview with Erwin Stoff about the live action version of Cowboy Bebop for Fox.

â€œI have such an enormous admiration for its creators, that our first and foremost concern is going to be a real degree of faithfulness to the tone of the movie, to the mix of genres, and so on and so forth,â€ he says. â€œWhen I met with them in Japan, one of the first things that I brought up was the experience that we had on A SCANNER DARKLY, and how hard we worked to remain faithful to Philip K. Dick, and that was our big concern here.â€

There is a great deal of passion about CB from the international fanbase, so I’m sure there are going to be people rolling their eyes in disgust over this announcement, but I’m going to be positive about this one for the moment.Â  My biggest question is obviously going to concern the actors being cast.

Who would you want to play Spike, Faye, Ed, and Jet?Â  If she could act, I’d go with Irene Fah as Faye.Â  (note: if you do a search for Irene Fah, don’t do it at work as nudity will ensue).