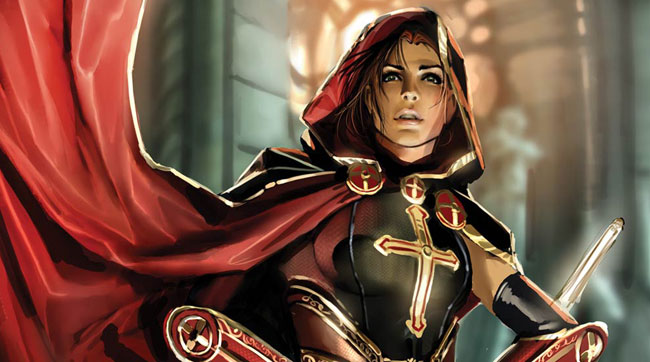 In the Major Spoilers Bonus Podcast #2 (get it now before it’s gone), I proclaimed 2008 to be the year of the comic book movie.Â  The major motion picture run of comic book adaptation won’t end in December, Dear Reader, oh no.Â  Expect to see every publishing company to make a deal with H’wood to get their property into the big screen in hopes of raking in millions.

The latest to go into prepro hell is Magdalena from Top Cow.Â  Announced to star in the flick are Luke Goss and Jenna Dewan.

Dewan is set to play Patience, a woman who discovers that she’s a part of the lineage of female warriors descended from Mary Magdalene who fight supernatural evil.

Goss will play Kristof, an agent sent by the secret organization that has been the guardian of the lineage.

Hey, if Magdalena can get picked up, I wonder if anyone is interested in my detective series?