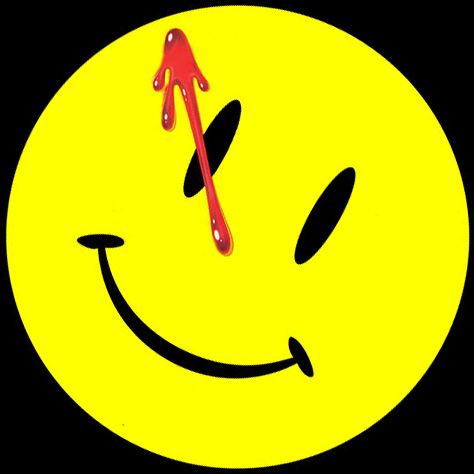 I know people who have watched the Watchmen trailer over 100 times since it was released last week.Â  I’ve also seen people bicker back and forth over the shots seen, and how close of an adaptation Zack Snyder will bring to the big screen.

To help in your decision making, Major Spoilers has gone through the trailer and compared shots from the movie with shots from the graphic novel.Â  Take the jump to see the comparison for yourself.

UPDATE: Looks like Empire Online beat me to the punch by a couple of hours on this story.Â  I honestly didn’t realize it until just a few minutes ago when submitting the story to DIGG.Â  That’s what I get for sleeping last night.

There are a couple of things that are instantly going to jump out. First the aspect ratio of the film and graphic novel are completely different.Â  Dave Gibbons favors the vertical aspect ratio throughout the book, while Snyder is forced into the horizontal aspect ratio of film.

The second thing that needs to be taken into account is that while Major Spoilers took great care in tracking down the actual panels referenced in the trailer, the shots themselves could be taken completely out of context from the original story panels, we won’t know until March 03, 2009.

Finally, we are presenting this information here for comparison and educational purposes.Â  In no way are we infringing on Warner Bros. or DC from selling the movie or trades of the Watchmen property – if anything, we are in total support of the film, and can’t wait to spend our money on movie tickets and the upcoming Absolute Watchmen edition.

After doing this little bit of research, I’m more excited about this film, as it looks like a pretty good visual adaptation to me. 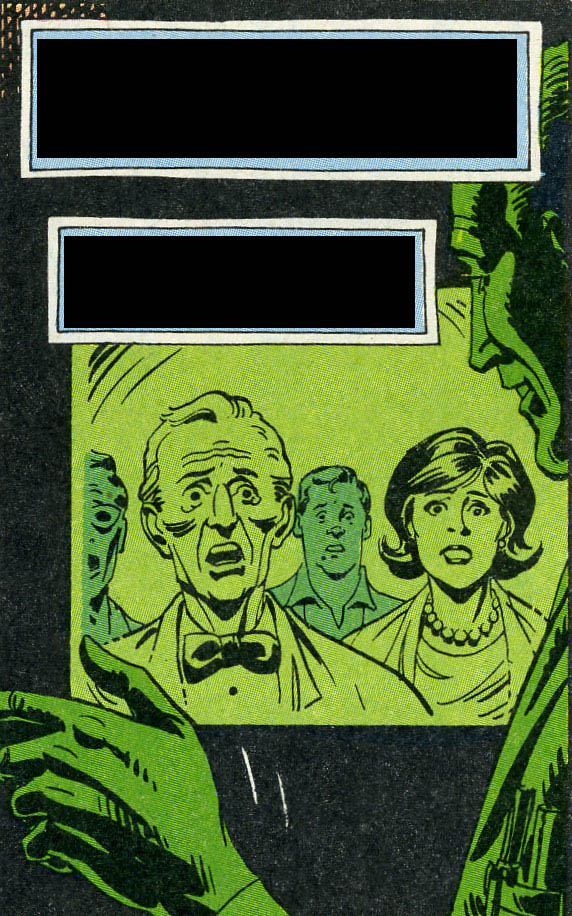 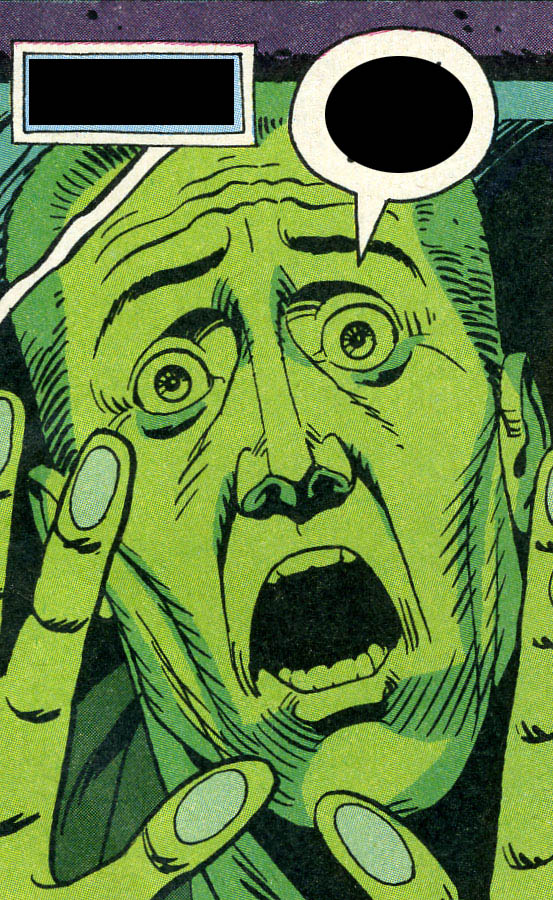 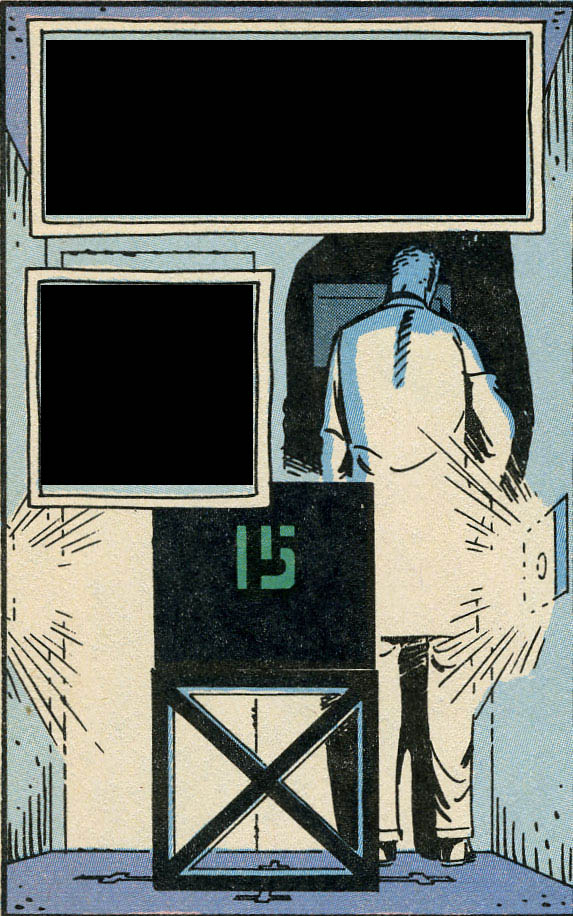 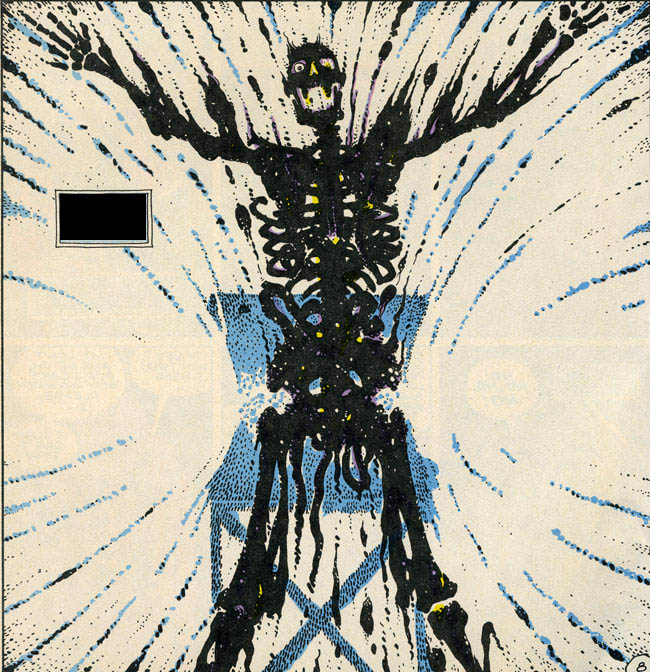 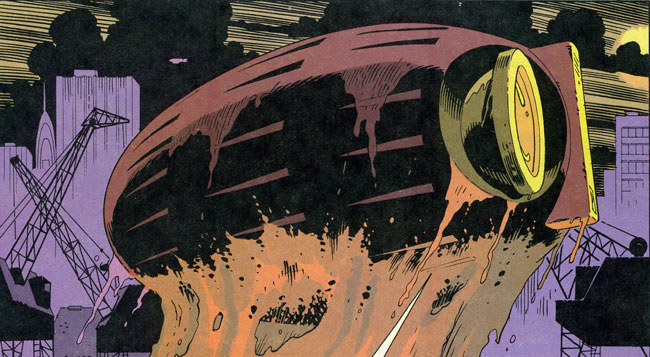 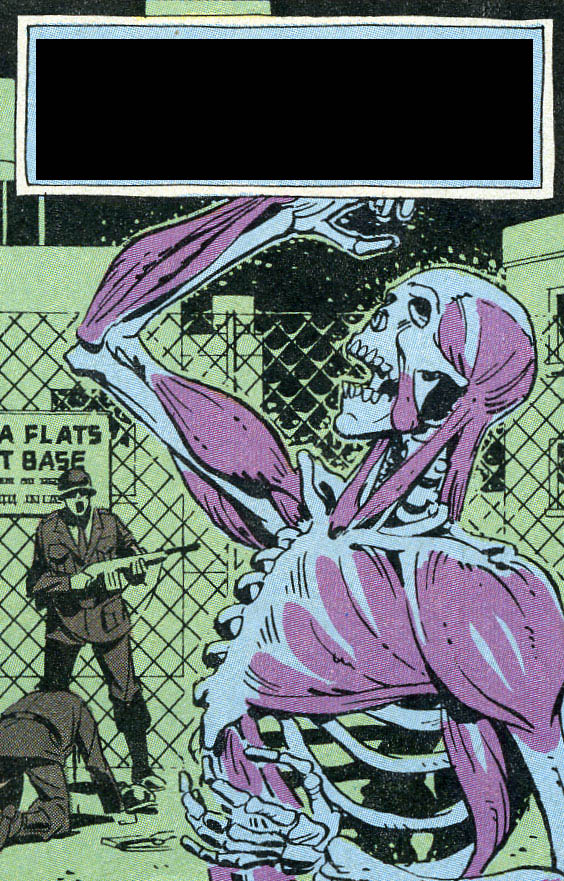 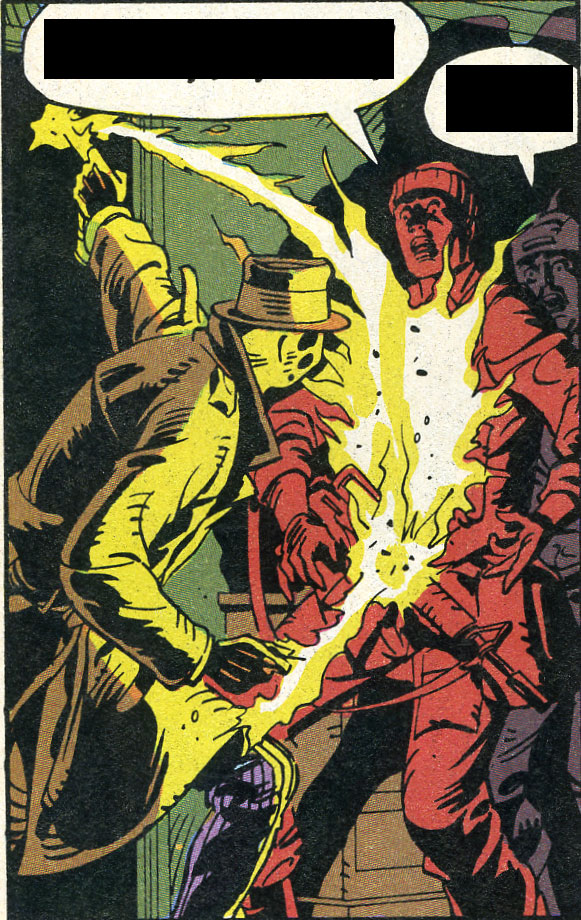 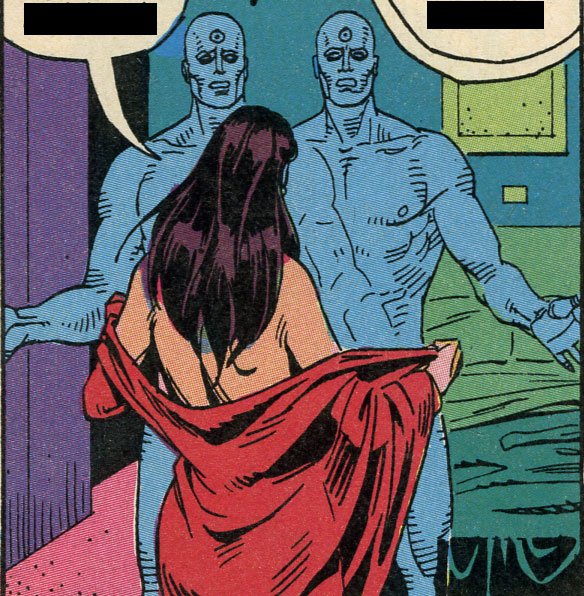 This was the only scene from the graphic novel that I could find that remotely matched up to the movie trailer.Â  If the three-way scene isn’t included in the movie, well poo-poo. 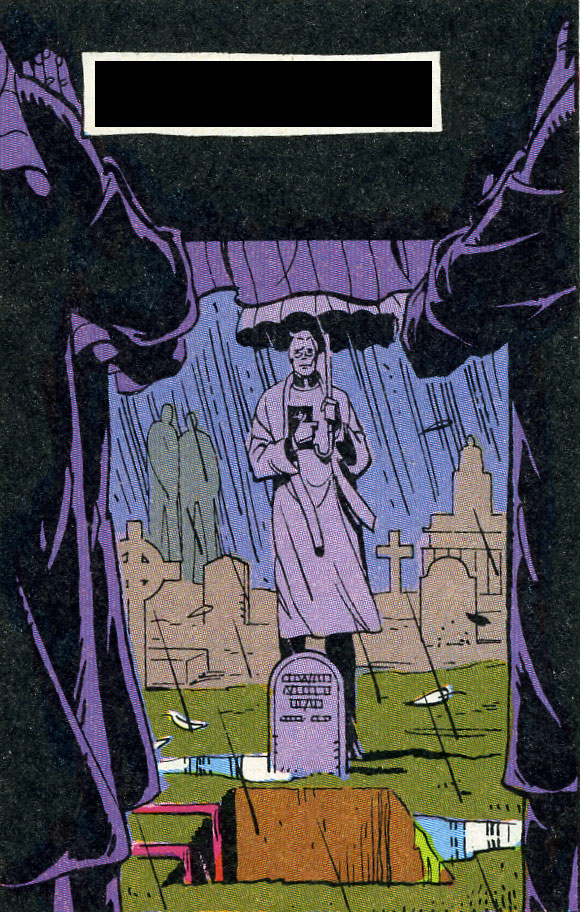 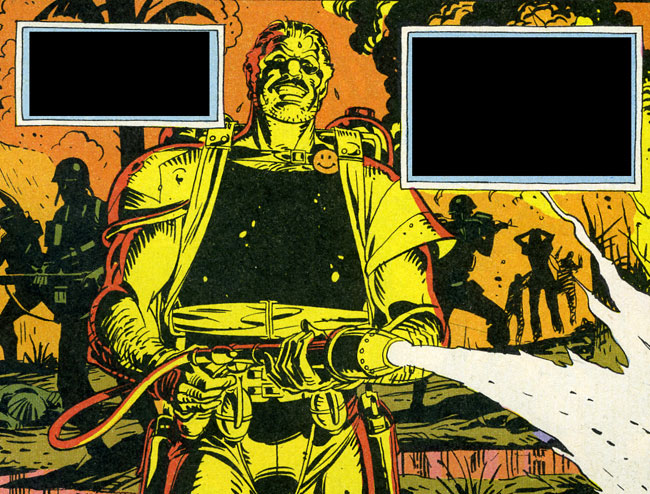 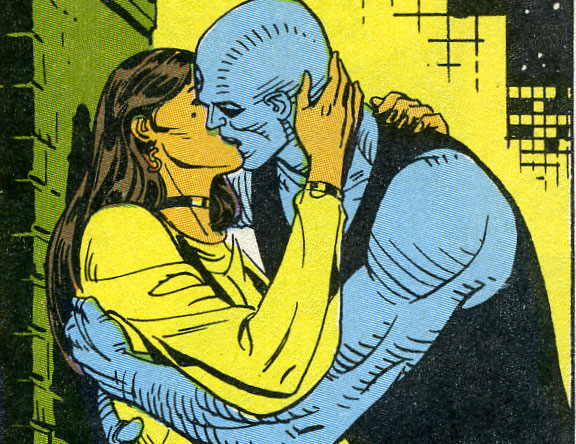 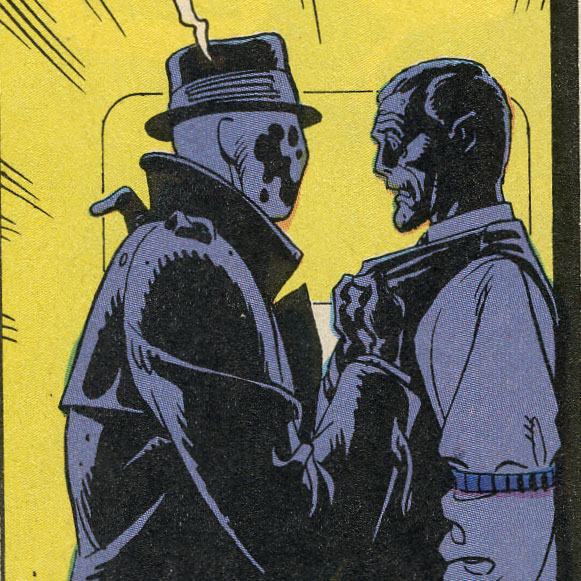 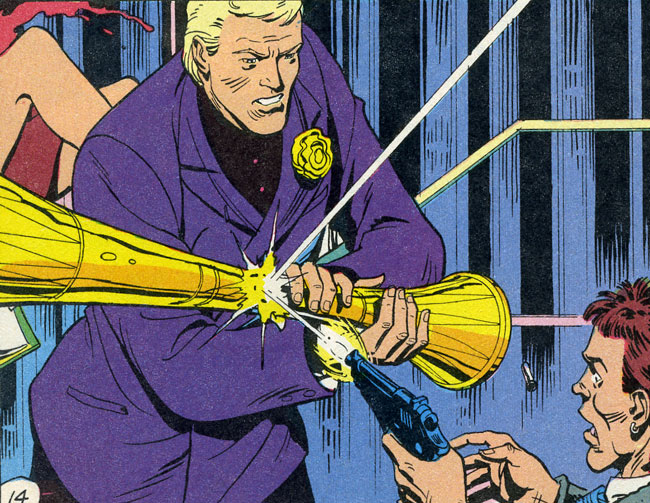 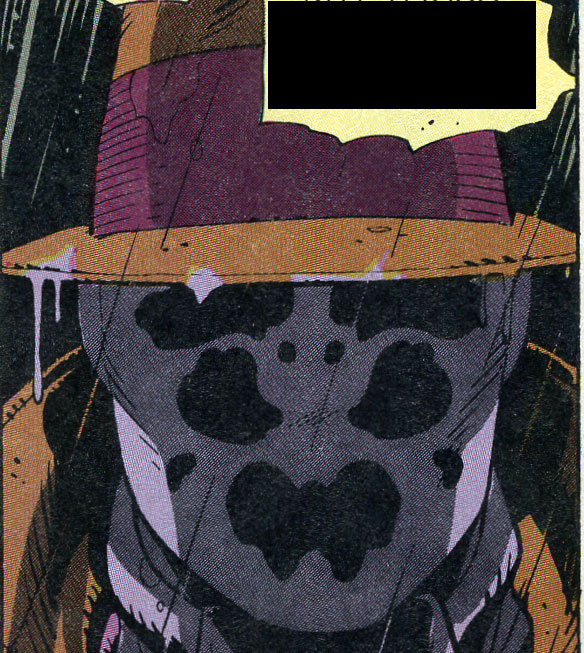 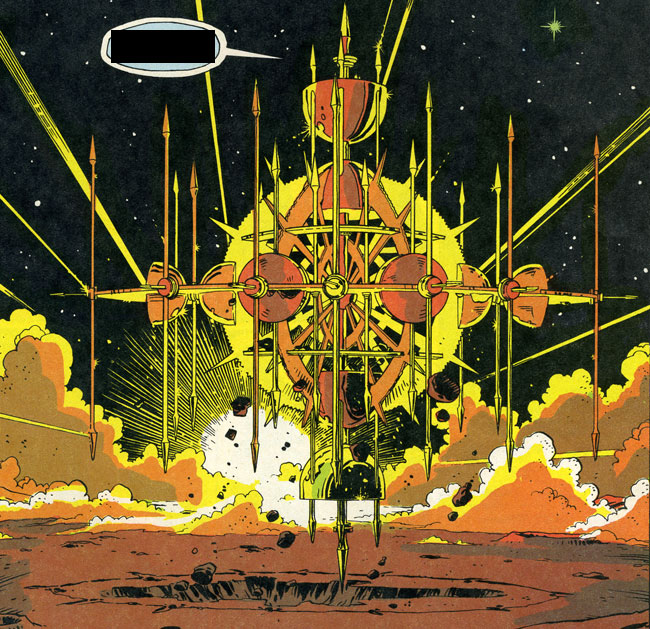 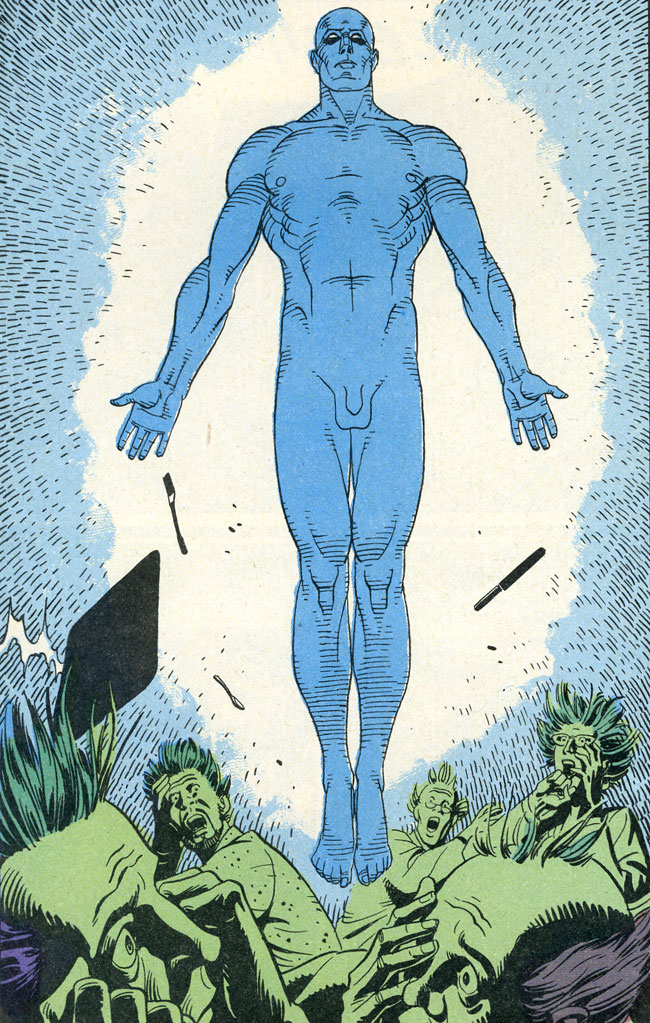 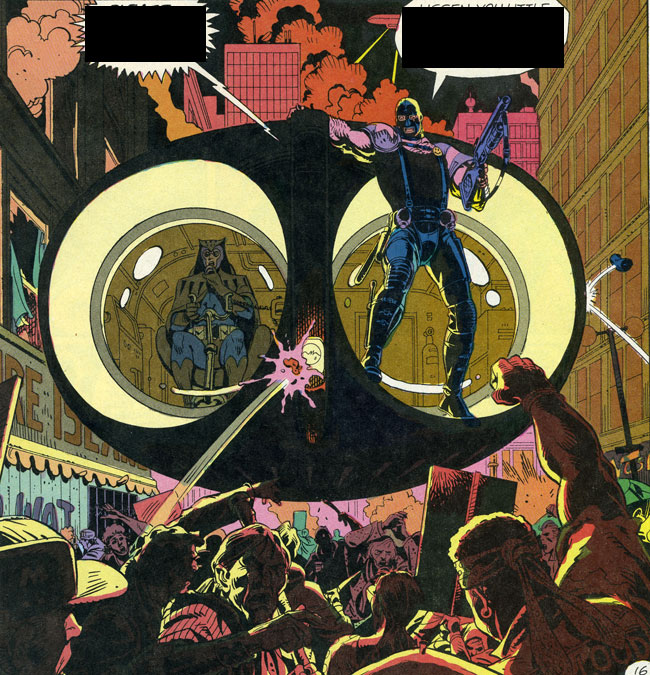