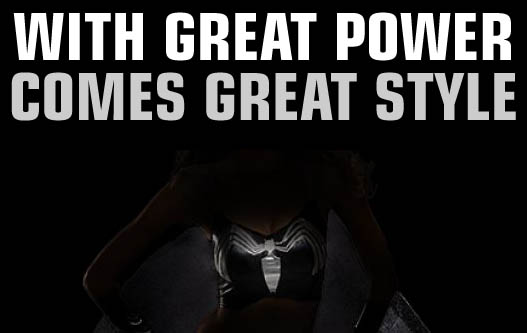 While Masquerade is the costume event for the fans, Marvel is teaming up with Disguise to put on a fashion show at the Marvel booth.Â  Instead of models wearing traditional costumes, the ladies will be walking down the catwalk in a different interpretation of the favorites.

Disguise has tossed this old and unflattering cartoonish concept and instead made fashionable, wearable and fun costumes that not only fit great but look fabulous.Â  These costumes are inspired by some of the hottest and most iconic heroes to grace the pages of Marvel, and this will be your first chance to see them live as they make their Comic-Con debut!

The fashion show will be held at the Marvel booth (#2429) on Friday from 2:00 until 3:00, with a photo-op with the models immediately after.