Man What A Day!Â  And it ain’t even over yet.Â  The first half of the My Extra Life Nerdtacular II was a huge success.Â  Everyone in the theater loved the Dark Knight.Â  There were prizes given away, a fountain of glow sticks pouring down on the audience, a chance to meet people from all over North America, and even the Dark Knigh his bad self showed up.

And yes, some of them actually know about Major Spoilers.

So without further adieu, here’s a portion of the photos taken at today’s event. 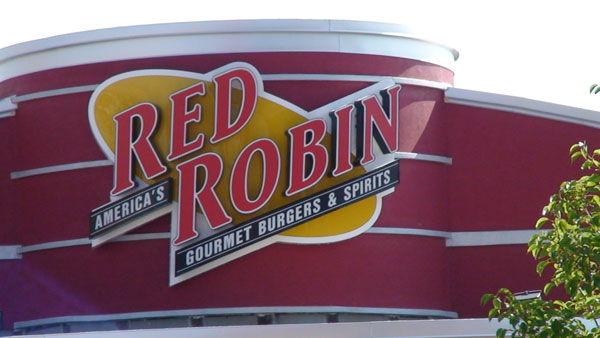 Apparently Jason Todd is out of the superhero business.Â  If you’ve never eaten at Red Robin, you are missing out on some great hamburgers. 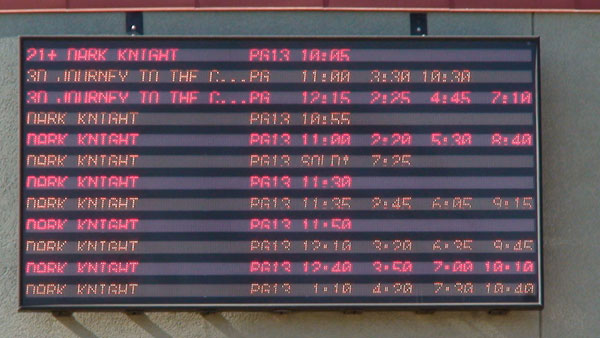 It may be hard to see, but that 11:00 AM showing that’s sold out was for the Nerdtacular. 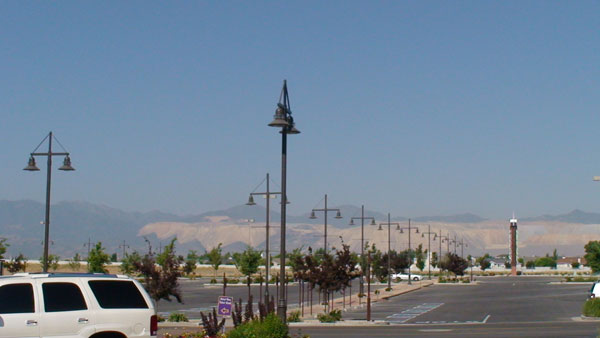 One nice thing about Utah – mountains all around the city.Â  Very Nice. 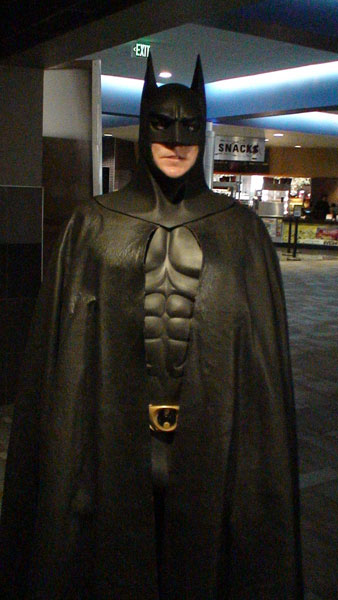 One of Scott Johnson’s friends even took the time to come dressed up as the (Keaton) Dark Knight. 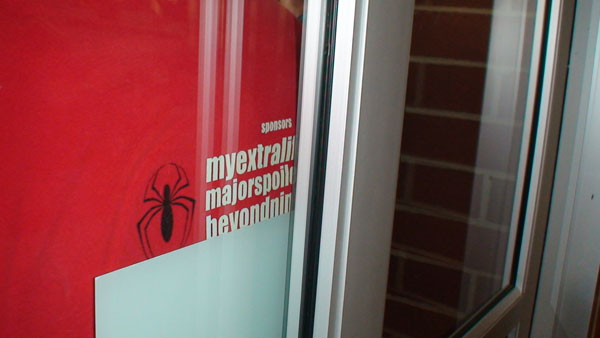 There were a lot of people who came wearing the T-Shirt from the first Nerdtacular event. 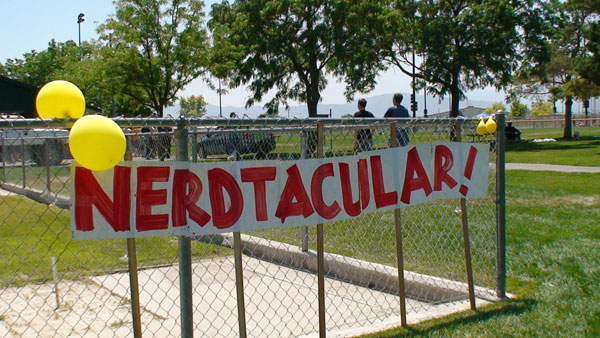 After the movie, we all went down to a local park for some great BBQ. 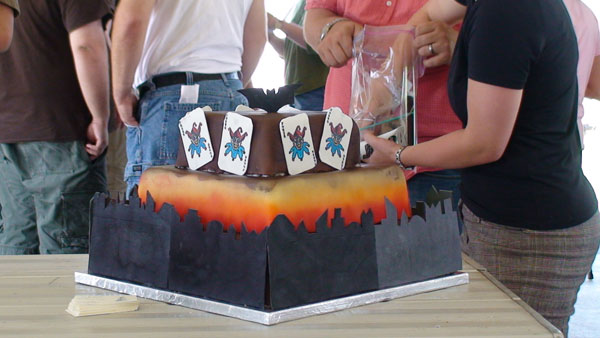 This Batman inspired cake was the creation of Rachel Hughes.Â  If you are in Utah and need a custom cake, she’s the person to call. 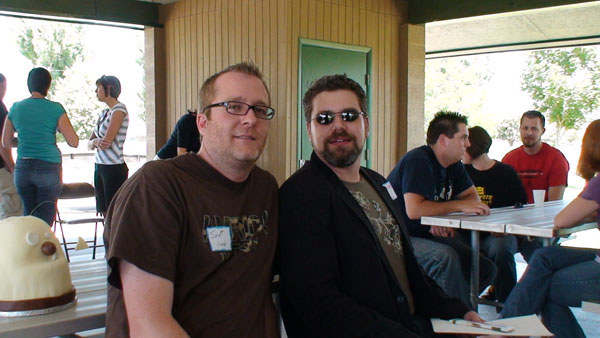 Scott Johnson (left) and Randy Jordan (right) of The Instance podcast – a podcast devoted to World of Warcraft (my favorite MMO). 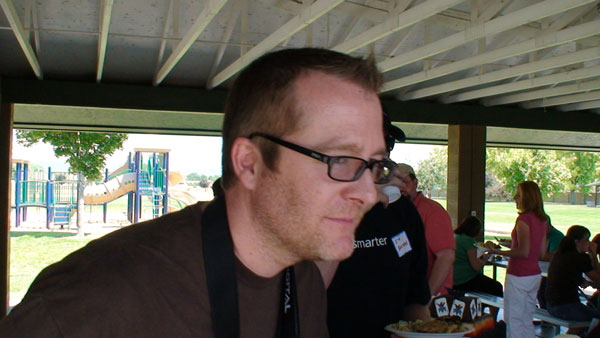 I think I was trying to get a shot of this really really hot woman that attended the event, but Scott blocked me – or at least that’s the story I’m telling…

All in all, a great day.Â  I hope your Dark Knight event was just as fun, and hope you went with a few hundred of your friends too!

What’s planned for next year?Â  I’m going to be that Scott will put together something on an even grander scale.

P.S.Â  To My Accountant: This should prove I sponsored the event when it comes to tax time (grin).