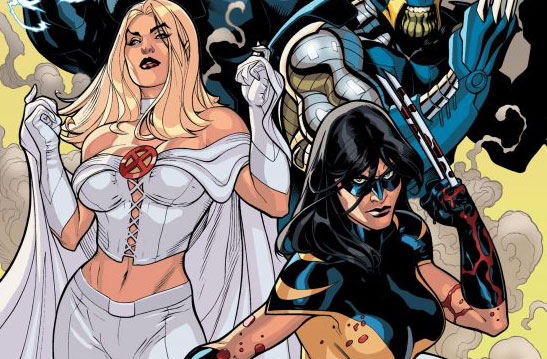 SECRET INVASION: X-MEN #1 (of 4) (JUN082355)
Written by MIKE CAREY
Penciled by CARY NORD
Cover by TERRY DODSON
The Skrull invasion is in full effect and the country is being torn apart, but the Skrulls missed one minute detail â€“ the X-Men have relocated to San Francisco.Â  Join fan favorite superstar writer, Mike Carey (X-Men: Legacy, upcoming X-Men: Manifest Destiny), as he shows us what happens when the Skrulls collide with the â€œastonishingâ€ might of the X-Men.Â  With jaw-dropping interiors from acclaimed artist, Cary Nord (Ultimate Human), just about anyone who ever called themselves an X-Man will show up to wage war!Â  Plus, a shocking revelation will leave X-fans talking for years to come!