Silent Devil has announced it will collect the Matt Bergin and Jeremy Donelson mini-series Division 18: The Union of Novelty Costumed Performers in trade paperback this fall.

“Wait, did the other two issues ever arrive in the stores?”

That is correct, after the release of the first issue, “circumstances” prevented the other two issues from being printed, thus the collected trade of the entire series.

The new Division 18: The Union of Novelty Costumed Performers collection includes the popular debut, “Five Hunnies”; two new full-length stories, “White Collar Crooks” and “The Union Files”; and bonus content such as an annotated “History of Da’ Union,” which chronicles the genesis of Jimmy the Snake, Fat Louie, and the rest of the crew. The trade also features the print debut of Josh Adams, youngest son of legendary artist Neal Adams.

If you are hot to order the trade, you’ll find it in your July Diamond Previews catalog. 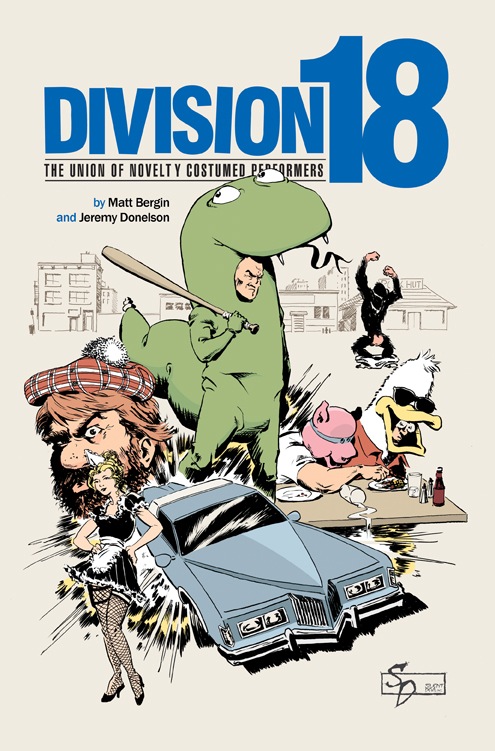