Frazetta Sues Over Use of Name/Art 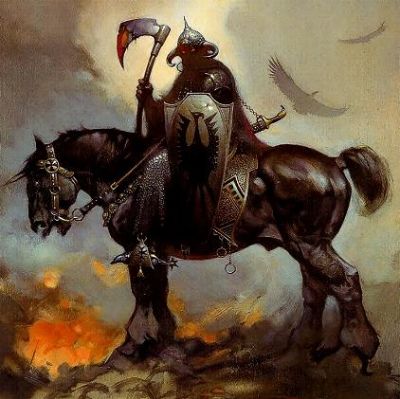 You may have heard the rumblings that Frank Frazetta is tied up in a lawsuit with a company using his name and artwork for their own means.Â  It’s not a rumor as the following press release reveals.

World-renowned fantasy artist Frank Frazetta filed a complaint today with the Supreme Court of the State of New York, County of New York, against publisher J. David Spurlock and Vanguard Productions. The complaint alleges that in publishing the book FRAZETTA DEFINITIVE REFERENCE, featuring Frazettaâ€™s artwork and prominently displaying his unique signature, Spurlock and Vanguard used the artistâ€™s name for advertizing and trade purposes without obtaining prior approval, thus committing a violation of Section 50 of the Civil Rights Law of the State of New York.

The complaint further alleges that, during the period beginning on or about April 8, 2008, Spurlock and Vanguard knowingly, willfully, and in bad faith released in New York State and elsewhere literature prominently using Frazettaâ€™s name in advertising the book, including solicitation materials clearly stating, â€œendorsed by the artist,â€ despite possessing knowledge that such statement was contrary to fact and made without the artistâ€™s consent. No agreement exists, oral or written, between Spurlock or Vanguard and Frank Frazetta.

Section 50 of the Civil Rights Law of the State of New York guarantees the right of privacy, and states that, â€œA person, firm or corporation that uses for advertising purposes, or for the purposes of trade, the name, portrait or picture of any living person without having first obtained the written consent of such person, or if a minor of his or her parent or guardian, is guilty of a misdemeanor.â€

Section 51 states, â€œAny person whose name, portrait, picture or voice is used within this state for advertising purposes or for the purposes of trade without the written consent first obtained … may maintain an equitable action in the supreme court of this state against the person, firm or corporation so using his name, portrait, picture or voice, to prevent and restrain the use thereof; and may also sue and recover damages for any injuries sustained by reason of such use …â€

Based on Section 51 of the Civil Rights Law of the State of New York, Frazetta has further asked for compensatory damages of $2,000,000 and exemplary damages of $500,000, while requiring that Spurlock and Vanguard provide an account of all proceeds received from sales of the book. Frazetta is represented by The Law Office of Tedd Kessler, PC, located in New York, NY. Vanguard Productions is located in Clinton, NJ and is represented by Penino & Moynihan, LLP, White Plains, NY.

About Frank Frazetta
Born and raised in Brooklyn New York, Frank Frazetta began his career as an illustrator at the age of 16. In the 1950s he illustrated comic books and comic strips, then in the 1960s began painting covers for magazines, record albums, and movie posters. Those, along with his award-winning paperback book covers propelled him to fame, establishing him as one of the most popular and influential artists of the 2nd half of the 20th Century. In 2003 the artist was the subject of the documentary film Frazetta: Painting with Fire.